​When working, are you aware of your facial expression, your body posture, your breathing?

The more challenging the project, the more tense your face and body might get. This doesn't help you to do better work. Yet it increases stress.

Years ago I started practicing what I call "calm joyful focus", which is to practice noticing, throughout the day, my body expression as I work, especially my face.
Instead of furrowed eyebrows and pursed lips, I consciously relax my face, and hold a soft, gentle smile.

In the above video, I demonstrate.

I also notice my body posture, especially my shoulders (are they tense? relax them), my neck (is it stiff? make it a bit more flexible by moving my head a bit), and my breathing (take a deep breath now.)

In this more relaxed yet focused state, I do better work because I'm more able to bring forth an energy of positivity and possibility, and decrease the potential of burnout.

As you work today, try to become conscious of your body posture at random moments, at least every 10-20 minutes, and:


This will allow you to sustain better health as you work. It’ll also infuse your work with a more peaceful and joyful energy.

For those of us who work at the computer a lot, also notice how you are typing. Are you banging on the keys? Are your hands pressed tightly to the keyboard?

Try gently resting your hands on the keyboard. Then type lightly. This will help to prevent long-term repetitive stress injury, and also keep your computer working longer.

Focus on the Process rather than the Result

An example of calm joyful focus is a martial arts master.

In Aikido, for example, they divert an opponent’s force (rather than push directly against it) and as a result, the opponent falls naturally, with little effort from the master. You can see an example in this video at 31:20 -- https://youtu.be/evL12aRAE7M?t=31m20s

You’ll also notice that they calmly face their opponents, rather than in Hollywood movies where they might have a fierce look. In real life, whether they are practicing or fighting, the masters maintain a calm, joyful focus. See the example here -- https://youtu.be/z3j0WTKAFE8

The deeper root of having a calm, joyful focus is whether your concern is on the result, rather than on the process of your work…

"I once read an interview with a coach for the U.S. Olympic archery team. He commented that the biggest problem he faced in coaching the American team was that they were fixated on their scores, or the result of their shots. It was as if they were drawing the bow and releasing the arrow only to hit the bull’s-eye and earn a good score. This was in contrast to the Asian teams, who, having grown up in different cultures, were consumed in the process of properly executing the technique that led up to releasing the shot. Where the arrow hit the target was almost unimportant compared to the motion of drawing the bow correctly and releasing the shot. They viewed the result with an almost detached indifference. For them, the desired goal was a natural result of prioritizing the proper technique of drawing the bow. They operated in a completely different paradigm, and because of it, they were very difficult to beat.... The minds of the Asian archers were quiet, uncomplicated, and free from mental turmoil. The irony was that, when compared to the results-oriented Americans, the Asians were the ones who were winning. Now, U.S. sports psychologists are teaching our athletes to think along similar lines.”

When you work, you can be primarily concerned with the result (perhaps be attached to it) -- or alternatively, you can practice a calm, joyful, focus on the process itself.

Accept and celebrate whatever you happen to accomplish by the end of that work period, unattached to the results.

I’ll complete this chapter with a couple of quotes from the Bhagavad Gita...

“The meaning of Karma is in the intention. The intention behind action is what matters. Those who are motivated only by desire for the fruits of action are miserable, for they are constantly anxious about the results of what they do.”

“Set thy heart upon thy work, but never on its reward.”

“Perform all thy actions with mind concentrated on the Divine, renouncing attachment and looking upon success and failure with an equal eye. Spirituality implies equanimity.” 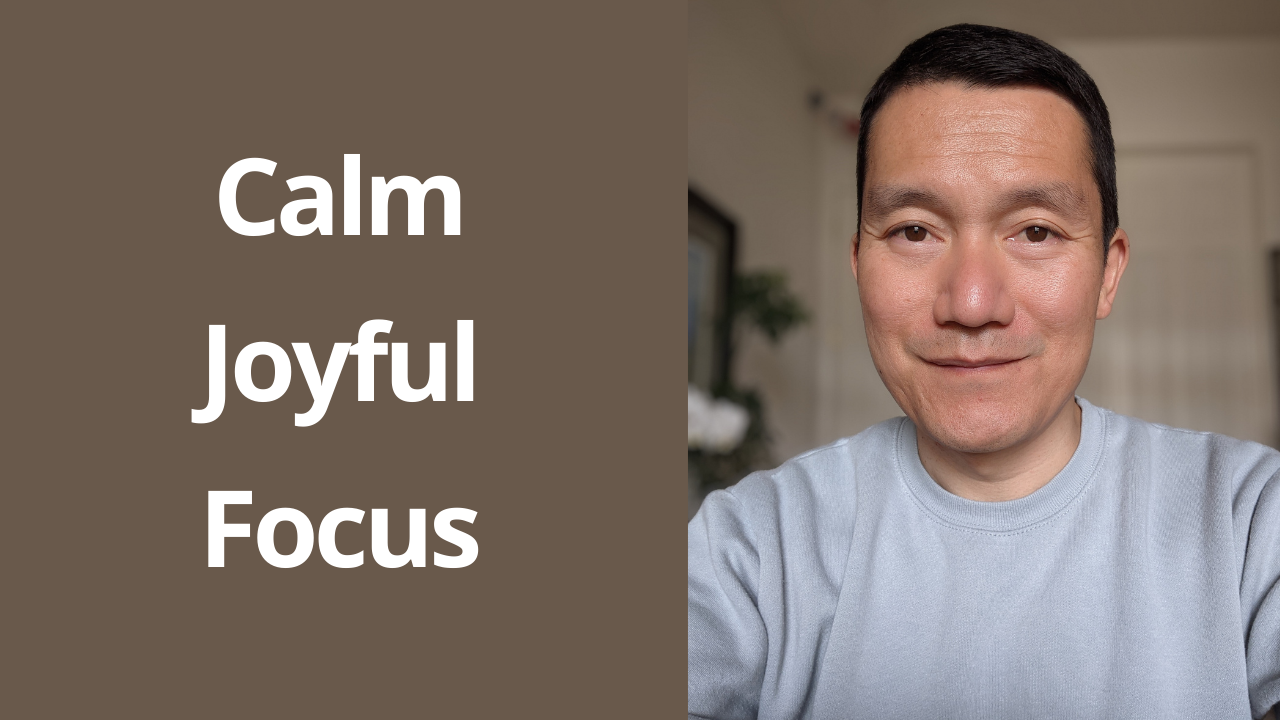