Define your daily success: Focus on the next doable goal

​The most common financial goal for solopreneurs? To make “6 figures”.

​(And if they achieve that, they now have to make “7 figures” because you can never make enough, right?)

How do you relate to goals? ​
Do you set ones that are effective — and mentally healthy — for you?

​While there is some science that having “big hairy audacious goals” can inspire and motivate organizations of people, I wonder if it actually helps you, the self-employed person, to take consistent action. Do the BHAGs help you work on strategic tasks with joyful productivity every day?

Many of us have felt discouraged or disillusioned due to a past fixation on big goals that didn’t work out.

Here’s the thing — you weren’t born with the goal of “making 6 figures”. Someone else gave you that definition of success. With all of their marketing to you, you started to believe that it’s your goal, too.

Maybe it’s inspiring to consume motivational content about huge goals, 7 figures, going to the moon, etc. And yet, does it actually help you to take strategic action every day?

If you frequently look at your income and you’re not yet at “6 figures”, it’s natural to feel like it’s so far off. Self-blame might even creep in.

By selling you that dream, business gurus can then sell you on expensive programs, because you’ll be earning 6 figures anyway, so their program price now seems like a drop in the bucket!

Just like them, having that singular focus of high income can get you to compromise your values and your heart. You’re told that you need to do “whatever it takes”, which often includes marketing tactics that don’t feel aligned with you… the same tactics used on you by those business gurus.

If those high goals are bringing you discouragement and misalignment, then you need to consciously detach from those gurus’ brainwashing. Unsubscribe from their newsletters. Stop following them on social media. Otherwise, you’ll just keep getting influenced by those influencers.

Instead, define your own version of “success”.  Remind yourself every day.

Make a goal that feels truly doable for you within a short time frame.

By having a realistic goal at the forefront of your consciousness, you will tap your creativity in a more productive way, because you can now “see” and feel the possibility of achieving that goal. You really believe (without affirmations) that it’s doable for you.

It’s the difference between “you still have a marathon to run!” versus — “let’s run the next mile, with joy!”

You might even find yourself surpassing your goal sooner than you thought! This has consistently happened to me year after year. I set realistic goals, and focus daily on joyful productivity… and am continually delighted that I reach and surpass those goals.

As you focus daily on what is doable today or this month, you’ll find yourself achieving doable goals consistently, which means you’ll be building your confidence, too.

You’ll get to celebrate a lot more along the way! Instead of saying that you’re successful when you get to “6 figures”, you can now enjoy the whole journey. By focusing on each realistic milestone, you’ll experience success more often.

And before you know it, you may actually reach 6 figures. But let’s not focus daily on that huge goal… until one day, you discover that you’re actually quite close to it!

So the next time a biz expert flaunts their 6- or 7-figure income and says “you can do this too!” just unsubscribe.

Set doable goals, stretch just a little bit each day, and always come back to your own joyful productivity. 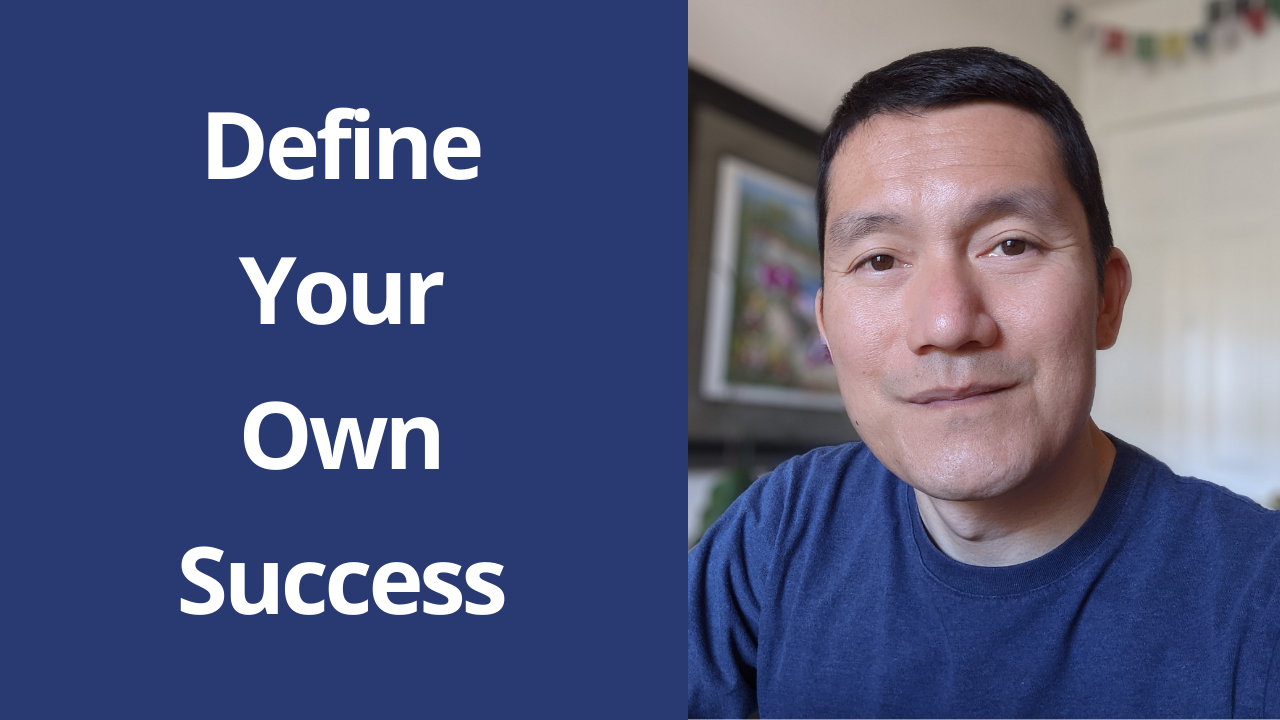